During my flight from New York to Las Vegas I could finally sleep a little bit to charge my batteries. So I got off the plane and headed outside, where I looked for public transport. I arrived around 10:00 am at McCarren Airport so I had plenty of time until I could check-in in my Westgate Hotel. Therefore I chose the slower and cheaper transportation, the bus. Finally I found the bus stop to the city. It was the bus Deuce one of the main bus lines in Vegas. Anyway I had to change buses at the Wynn Hotel to the SDX bus line, which stopped exactly in front of my hotel. Small information here: 2h ticket is 6 dollar and 24h 8$. I was happy when I reached the hotel, I could finally head to the checking counter. They told me that I have to wait a little bit until the room was free… Therefore I headed to the biggest sports book room of the world. Where I enjoyed a classic reuben and some live tv sport events. With the entertainment also came complementary WiFi. I enjoyed the different atmosphere in Vegas because 13 hours ago I was still in NYC. 😉

It was time to check-in. Due to the long and exhausting travel I granted myself a longer nap in the hotel. Later on I met my friend in the Cosmopolitan where we enjoyed our first beer and dinner together. What else did we do? Of course we gambled a little but anyway we were tired from the journey so we headed earlier than usual to bed. Next day we planned to do nothing, where we relaxed on the pool and enjoyed Las Vegas!!!

In the evening we went to BLS steakhouse at bally’s where we had a special deal offer “for beverages and food 30% off”. We got the deal from half price tickets for three dollars per person. It was a quit good deal. Also the food was phenomenal. For an appetizer there was pan-bred on the table. It was so delicious. Anyway I ordered a steak rib eye medium with a bottle of red wine. It was so good that I dreamed about it later that night. ;).

Later on we gambled on a Lord of the rings themed slot machine. It was “slots” of fun and it made us fucking addicted because this slot machine was kind of unique in its game play. You could win a hero after you gathered three rings at the same time. The hero had a special featured that should help you winning more. You can see my “big win”. 🙂

Next day we rented a car and travelled to the Grand Canyon and the Hoover dam. It was a nice day and a good road trip. Of course it was a lot of driving but it was worth it!!! Also the dinner on “in and out burger” was really nice. You could have a meal for 6.50$. A burger, freshly cut potatoes (french fries) and a drink. The pommes were really really good!!! 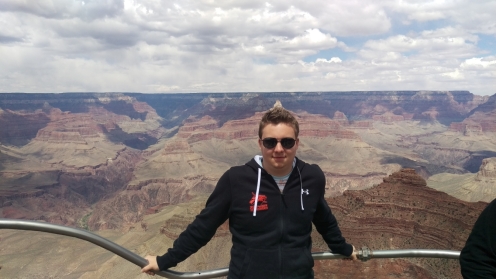 On our last day we went to the Stratosphere where you could look over whole Vegas. The beer cost 6-8 bucks. So it was really a fair price with this nice look over the strip. Later we went to a Brazilian restaurant where you could eat meat a discretion (all you can eat). We had again an offer from the half-price tickets we got around 20$ off from the original price so it was again a good deal. Also the dinner was good and of course enough in quantity ;).

On that evening we played again on the Lord of the rings slot machine and this night my friend and I was lucky and made some winnings. So our last night started in Vegas and also ended quickly due to the addictive slot machines there. On the next morning we had to check out already and left Vegas by car to the Death Valley. So we had again a nice sight-seeing day in the Death Valley. After the valley and the sand dunes we headed as fast as possible to Los Angeles where our last night together waited. We slept in a hotel next to the airport because my flight was at 8:30 in the morning from LAX to Honolulu.

Recommondations:
In and out burger
Eat steak in Vegas
View from the Stratosphere
Lord of the Rings slot machine
Visit the biggest sports book room at Westgate 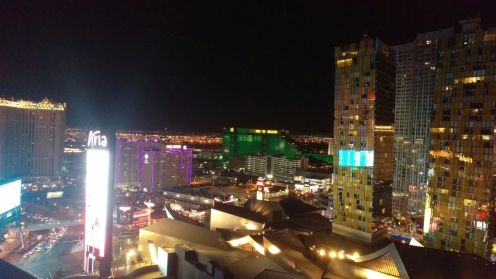 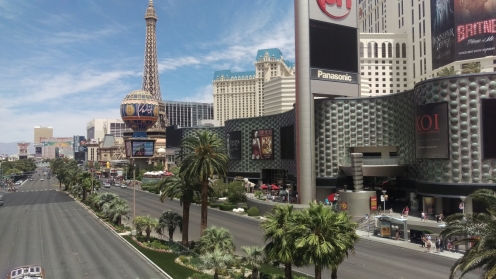 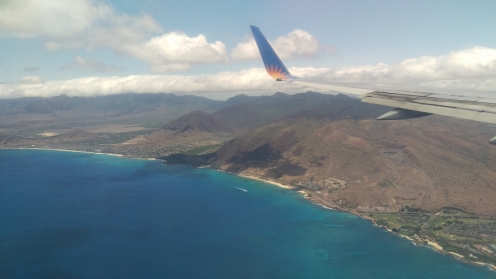