I arrived in my AirBnb in Puntarenas around 13:30, about 4 hours and 30 minutes after I left Tambor. The buses in Puntarenas were around 300 and 350 colones. After some things I had to do I was finally relieved and could enjoy again. I have met Jorge, Wilson and Jose, some awesome guys. Unfortunately I could not party hard with them, I was still taking care of my stomach. Anyway we had fun. Share some Swiss chocolate together, had an awesome Churchill (fruit salad with condensed milk and even more ingredients. 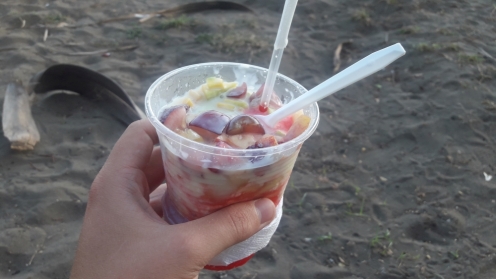 On an evening we enjoyed a football match Puntarenas vs Curridabat (azul from San Jose). 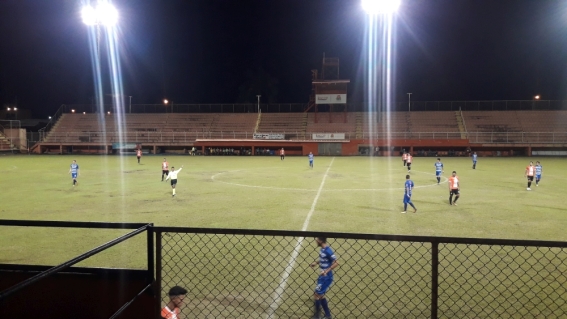 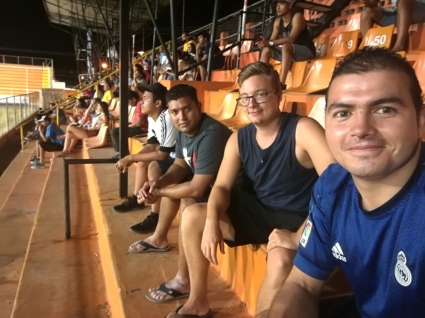 On my second last day I lost my glasses, shame on me. Right now I am running on my emergency lenses until my new glasses arrive. 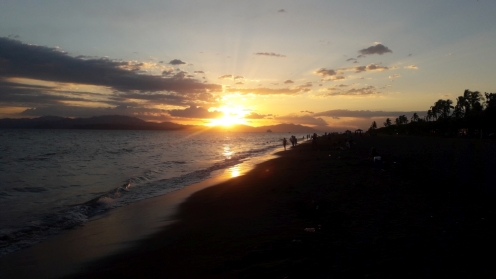 On the 5th February I took a bus to Liberia fro crossing the boarder next day. I waited at the famous bus station (see google map link) a little bit outside of Puntarenas. You can take a local bus from Puntarenas to Barranca and tell the bus driver you want to go to El Cruce (https://goo.gl/maps/4M2j8ECWrUt) for taking a bus to Liberia. The bus arrived around 13:00 or 13:30 and finally I boarded the bus and paid 2875 colones. After a bus ride of 2h and 30 minutes or a little more, I finally arrived in Liberia.

It was time for an awesome beach. We took a colectivo to Remedios (nearest and cheapest place to Cayo Santa Maria). 20 CUC was the price. During the ride we were creating our plan. Topics were how we get to Santa Maria the next day and calculated the expenses of accommodation and taxi fare. Created plans are there for changing them. So did we. We spent 5 CUC per person more and travelled directly to Cayo Santa Maria. We had many challenges to complete. Some were: getting money, where do we sleep, water, drinks and how we get back to Remedios or Santa Clara (Alex had a ticket for the day after tomorrow leaving Santa Clara to Habana at 15:00).

We completed the different challenges slowly one by one, in the end too slowly. It was already 18:00 and we still had no solution for our situation found. We were stranded…

While checking this part of the blog for grammar mistakes, something else sprang in to my mind. Once when we were discussing our plan and enjoying some drinks our bag packs were unattended stored near the reception. Later on we had to speak with the security guys for getting them back because they took them and stored them safe. I know really naive from us but it is Cuba really safe and “all” people are honest here. 😀

There were three possible variants:

Order cheapest to most expensive

First we tried to bargaining at the front desks. The people were always shocked or surprised when we asked for a room due to the lack of reservation. One thing which I still do not understand until today was that some hotels were fully booked but there were nearly no people… I do not get it….

Prices were high ~180 CUC or the hotel was fully booked. Also the calls to nearby hotels were a rip off…. In the end one lovely reception woman told us that we should book over the internet. Bingo all hotels had available rooms even the fully booked ones….. Emergency credit card (150 CUC) was ready and some minutes later we enjoyed the faces of the reception personnel when we showed up with a valid reservation due to the dismissive behaviour before. Strange things in Cuba.

We enjoyed all inclusive services and later the awesome beach in combination with a cigar and music created the final. Due to our fascination with the beach and the sea, we missed the breakfast next morning. We had to improvise and found a place where they prepared some sandwiches. We checked out and had another swim in the sea. Clear sky with clear water. No comment. 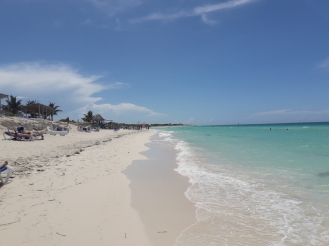 One thing was special: when we asked for a room, one receptionist told us that the hotel was fully booked and he added there were free rooms available but not for guests. The reason was that some things were not working correctly. Like AC was broken or malfunctioned locks etc.

Maybe booking over the internet made it possible to unlock this limitation. In the end we got a room with a broken balcony door lock. Anybody could have entered our room in the night/day. In the end, I was happy about it I used the unofficial entrance once because my door card was not working properly.

The clock showed 16:00. We started to get worried about our transportation. So we discussed our further approach. A taxi was too expensive. The normal tourist buses were not bookable due to closed office. There were no colectivos…. Bargaining with bus chauffeurs was hard and “senseless” due to the risk of losing their jobs. But there is still one question in my head: Did we bargain to hard (ratio to their risk) or were the people just too honest. Nobody knows.

We were stranded again. The impossible got real.

We found a shelter next to the beach. The night was far away from comfortable. Noises from trucks, cars and shuttles kept us awake. Also the bag pack was kinda unattended.

Exhausted and tired we tried to book a seat in the bus. Yes you have read carefully, baaaaam surprise surprise. Tickets are bookable just one day prior to departure and it is not possible at the same day….

For Alex the time was running out. It was 9:30 and the bus was leaving from Santa Clara in about 5 h and 30 minutes. Money or time…

I was happy about exiting the tourist zone. I did not feel really comfortable and in addition the food and the drinks challenged my stomach way too much. It lasted many days.

After a long car trip from Zurich to Torino, we finally arrived at Torino at 22:00. I got my keys from my lovely nice AirBnb host Elisa. Back in the car my lovely Italian guide Gio brought us to a still open but delicious pizza place. We four ordered four different pizze and in the end everybody had a quarter of a different pizza. The restaurant was called pizzeria Gennaro Esposito. Soon after, we ended the evening with a good poretti sette luppoli at St. Martin Pub.

Next day woke up with a good Bialetti coffee (moka) on my private balcony. With my personal guide I discovered the old part of the city. The palace, the villa for the king’s guests and also the two churches next to Piazza San Carlo (free entry) are a must to see. After that small tour we were hungry and Gio showed me how you enjoy the lunch time in a proper Italian way. Beer and focaccia (***link***) for lunch and for dessert an espresso. Next stop the fountain with the two statues, which are the symbols for the Po and Dora.

That night it was time for an Italian apero, pay the drink -> food is for free -> all you can eat (Blanco Torino, Piazza Vittorio Veneto).  That night we needed a good base for our future plan. It was time to go out. Better said as a motto: to live like a student again. From our guide Gio we got highly secret intel about the life as a student in Torino. It is common that the students enjoy a good drink (good = strongest and hardest) at the highly confidential place called Les Arcades. Try out the Tamango (cherry flavour) or the Misterio (lemon/neutral), side note be prepared with a good base in your stomach!!! The heroes that tried out this drink were ready for another challenge: the absinth bar. Back on the street with small delays due to the crowning of King Simone and a fire on public street we arrived at the absinth bar. Unfortunately due to an agreement, the footage of the crowing are not made for the public eye. 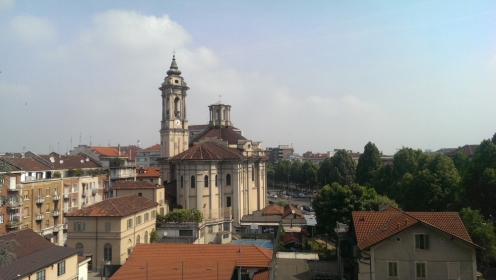 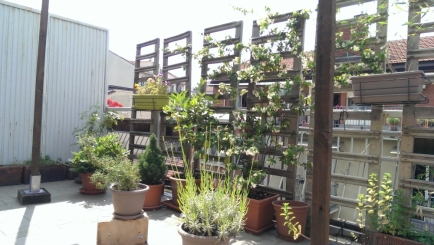 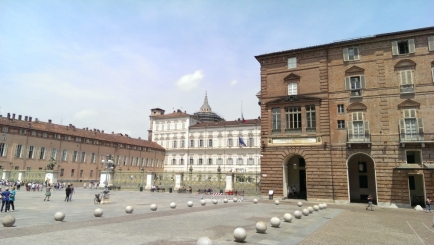 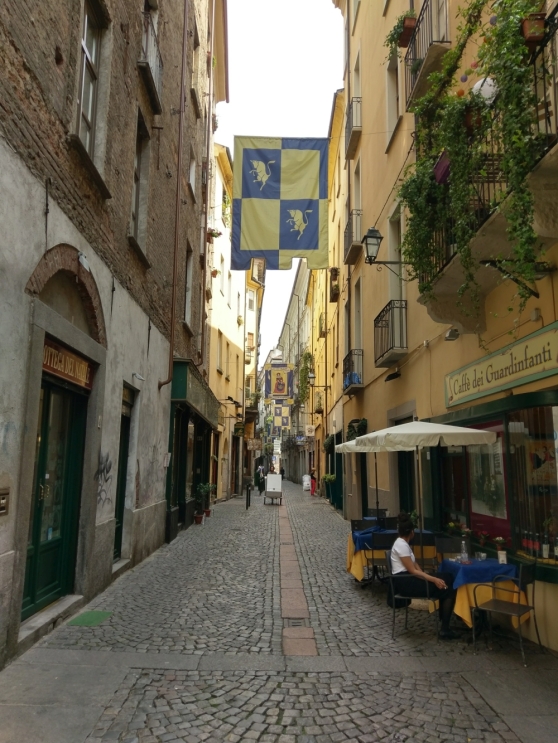 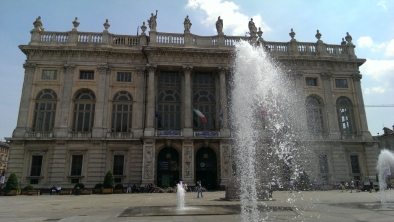 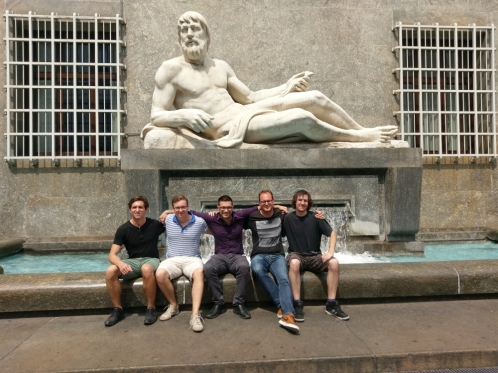 But just for you I documented how my absinth drink was. For further explanation you have to look on the next picture. As far as I remember, two different absinth. One absinth was in the top glas (like a wine glas) and one was in the bottom one (whiskey glas). So then the barkeeper lit the green looking absinth on fire. Stired it around in the glas so the inside of the glas was fully covered by absinth. Destinguish the fire, poored the green stuff in the other glas and put the glas upside down. So the gas-alcohol was trapped inside, next step drink the mixture. Last step take a straw and inhale the gas from under the glas which is upside down……

The absinth location is called 21 Absinthe Café (next to the Piazza Vittorio Veneto).

For our last beer we went to the pubs right next to the Po. You can seat right next to the river enjoy the beer and the noises from the Po. At that specific location and at that specfic date and time a new memorial was born, the Big G Memorial also called Mr. Depression. Joke on you Big Giiiiiii.

Next morning after a kebab (it was already afternoon), Gio showed me a small little museum about the human body with genuine body parts. It is a little bit scary and not made for soft stomachs J.

Next stop top of the hill, we enjoyed the view from the nearby mountain/hill called Superga. There is also a nice looking Basilica there and in combination with the Monumento al Grande Torino a visit worth. (https://en.wikipedia.org/wiki/Superga_air_disaster) 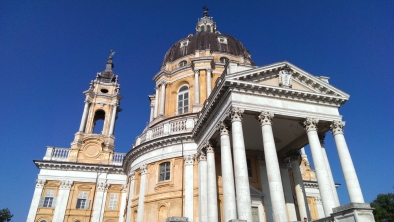 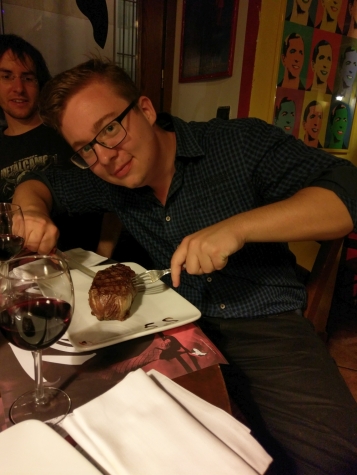 Dinner time: Argentina beef steak at Volver (via Giovanni Botero), 500 gram pure awesome meat. Side dishes are not important there, the main character in that restaurant is that amazing meat!!!

Morning 3: prepared for a beach day at Finale Ligure by train it is 2h 40 minutes. A really nice beach. Let the footage speak for itself. For dinner we went to a sushi restaurant with all you can eat sushi soooooooooooooo awesome!!! 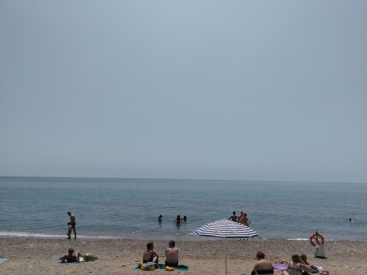 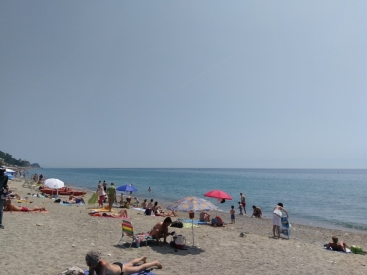 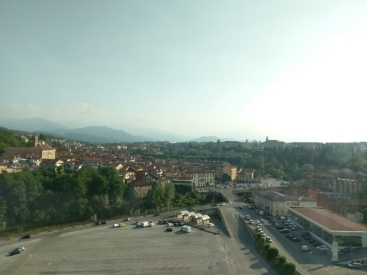 Last day we went to the Fiat Car Museum some nice looking cars there and the story behind them is really interesting. Nevertheless, after an hour or so I was bored and left my friends there (they were more fascinated by the cars then me J). Next destination was the tower above the cinema museum unfortunately the queue was too long so I decided to take again a delicious focaccia and a nap in the nearby park until my friend came back. And ice cream later and some good Italian food we packed everything properly and our way back started. Unfortunately at the Gotthard we got in a traffic jam, but with the Swiss number plate app the time flew by thanks to Flavio (Skoda with nice mountainbikes). 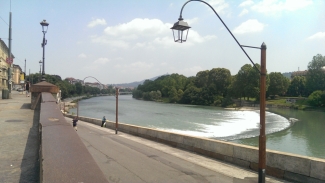 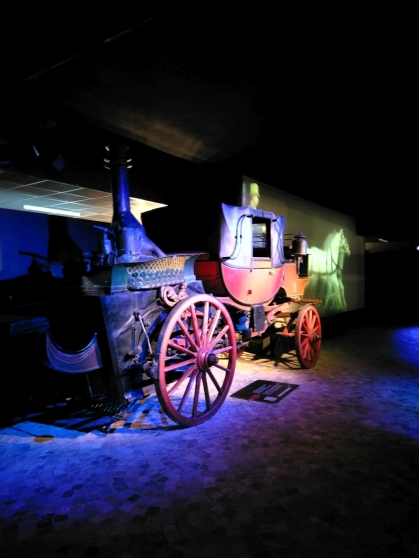 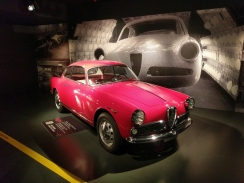 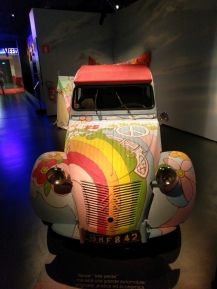 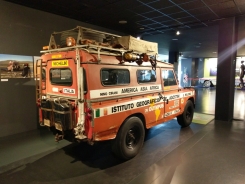 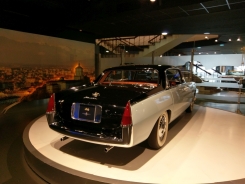 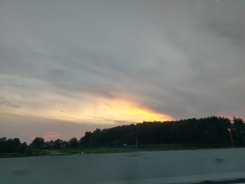